My Quest of The Charmed Angel 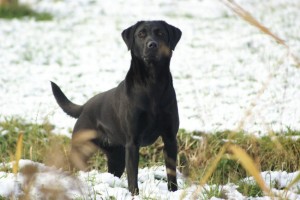 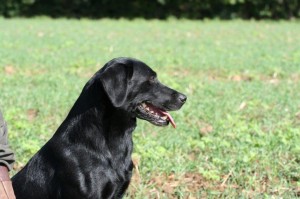 It took a long time until I finally decided to have a puppy of my own again.

With the help of good friends and following weeks of research on the Internet I fortunately came across the Kennel “Of The Charmed Angel”. Erwin’s Heaven was just mated to Geoffrey, so fingers were crossed for a smooth birth. As it happens, one week after the puppies had arrived I had the chance to accompany a friend of mine on her trip to Belgium where she picked up a puppy from the Starcreek Kennel. I used this chance to personally meet Erwin, Sylvie and of course their dogs.

So off to Belgium we went!

Since my very first contact with Erwin I already felt that he could be the right breeder for me, but after we met in person, I was 100% sure that I had made the right decision. Not only are Erwin and Sylvie really nice people, but they also show their absolute competence in retriever breeding and retriever work in everything they do. Both compete with their dogs in Working Tests, Field Trials and go picking up with them. As Erwin only plans a litter when he wants to keep a puppy himself, it was absolutely the right time for me.

During the weeks of waiting, Erwin kept me up to date with many pictures and videos of the puppies so that despite the distance I had the chance to participate in their development. Finally, a decision had to be made between two male puppies and following a puppy test, Erwin selected Quest for me. The decisive point during the test was Quest’s behaviour on cold game. Click here to see the corresponding video.

On November 1, we picked up Quest and we are very happy with him. We’ll see how he develops and were our journey will take us. As he is also fully integrated into our family now, the first big step is taken already and Quest and my son Levin are best buddies.
I don’t even want to write much about the success of Quest’s parents or his ancestors as this is certainly not a guarantee for a successful dog. If you are interested, please feel free to contact me or to search on the Internet.

Last but not least I would like to say a few words on the name “Quest”. As a rule, the initial letter for every litter is set anew each year in Belgium. 2013 the letter was “M”. As my quest for a puppy was a rather long and intensive one, we thought My Quest Of The Charmed Angel was the most suitable name. 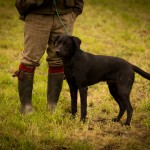 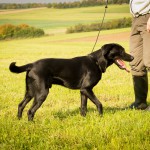 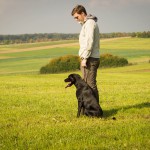 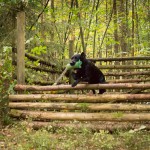 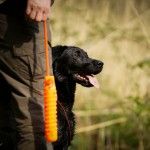 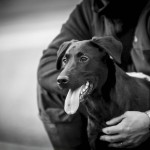 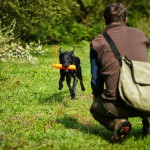 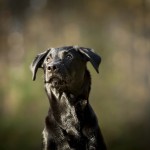 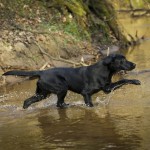 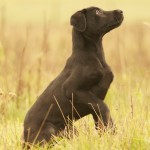 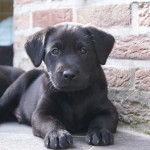